Shibanunu's furmom has been getting the shiba inu puppy pangs for months now and this is not helping!

I have been watching these little cute critters for a month now and can't keep my browser off them for too long.  One day they are like "6-blind-mice" and the next day they are walking around and pouncing on each other.

Being the furmom of shibanunu and having faced her kidney trouble, among others, has driven me to embark on an overwhelming endeavor of removing as much toxins and chemicals from her and the home. It's very harsh on the wallet, but hopefully, it will pay off in the long run.

The Checklist-
1.  Waterbowls don't get washed by regular detergent.  Gotta be Messy Bessy.
2.  Water at home isn't from the tap.  Gotta be filtered, purified, or distilled.
3.  Washcloths and doggy beds don't get washed by regular detergent.  It gets washed by Charlie's no-residue soap.
4.  Floors don't get mopped with commercial floor cleaners.  It's only mopped with water and vinegar solution, which also replaces Lysol for disinfecting purposes.
5.  Food has been shifted from kibbles (which purist rawfeeders call krapple), to home-cooked, to Prey Model Raw or S.A.R.F. (Species Appropriate Raw Food) to Compromised S.A.R.F. modified for kidney health and a lazy eater.

Othe Items In To-Do List:
1.  Withdraw spot-on anti-tick and flea prevention and replace with Diatomaceous Earth (kills insects and worms) and other natural insect repellants.
---Note:  Is it better to give Revolution which is an all in one spot on for ticks, fleas and heartworm or use Diatomaceous Earth for the parasites, but give Heartguard as a separate Heartworm prevention?
---Or how about the natural remedies from Wolf Creek Ranch?http://wolfcreekranch1.tripod.com/defaq.html
There is another site offering DE and other natural products, worth checking out:

http://www.dirtworks.net/Diatomaceous-Earth.html#anchorDE
There's much reading and researching to do, specially when it's nearing the time for booster shots.  There's also a great amount of talk regarding titer testing and how they should be acceptable as a replacement for booster shots.  But last I heard is that even titer testing isn't quite accurate in pin-pointing immunity.
On a lighter note, this is one cool site with ballistic canine equipment. Check out the storm lights. Way cool! http://www.k9storm.com/cataloguenew01.html. And this is just cute and funny stuff but I'm sure their products are functional too! http://www.doggles.com/
Posted by Crazy-Nunu at 12:26 AM No comments: 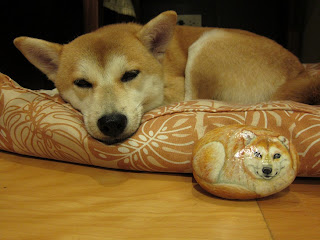 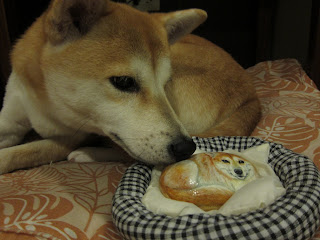 Posted by Crazy-Nunu at 9:41 AM No comments: